Menu
Get in touch
Interview with Enterprising Oxford 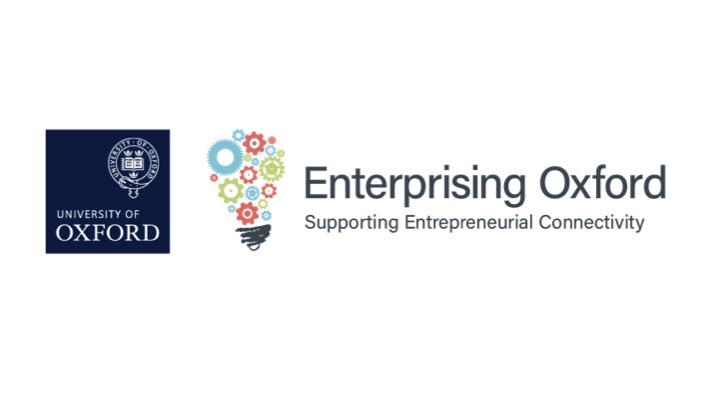 This interview with Enterprising Oxford features Katerina’s thoughts on innovative entrepreneurship and the challenges she faces as a woman entrepreneur.

What is your background? What made you decide to become an entrepreneur?

Figuring out what I wanted to do wasn’t a straight path for me – I started with Applied Mathematics and then moved into Computer Science at Humboldt University in Berlin, before working for Sony in Paris. It was really cool working with robots, but I wasn’t satisfied because I didn’t feel like I was making a meaningful difference. After a personal crisis with a family member falling seriously ill, it hit me that I wanted to do something impactful with my career. After some intensive contemplation, I realised that the answer was to enter the field of medicine. However, I only had technical skills at that point, so I decided to train as a biomedical engineer, since it would enable me to draw on the strengths of my prior experiences while venturing into medicine. After completing my DPhil at Oxford, I observed many surgeries and was astonished to find that a lot of antiquated technology was still being used in hospitals. I thought it was a shame that many useful and prevalent ideas in engineering aren’t put into practice, and that ground-breaking innovations are wasted on developing yet another computer game or a messenger app instead of being applied in vital areas like clinical practice. I felt that now is a great time to capitalise on the power of technology, and deliver positive change to medicine and healthcare. This is how Oxford Heartbeat was born.

What is your definition of entrepreneurship?

I think that entrepreneurship is a means through which you can turn your dreams into reality. Having an entrepreneurial drive goads you into exploring the paths through which a good idea can be put into actual practice, taking big strides into a future where that idea reaches and benefits lots of people. How and when did you know your idea was good enough to develop it? It took me a while after my DPhil to really run with the idea for Oxford Heartbeat, because turning an idea into a real product requires a lot more work than imagining what good technology can do. I needed to prove that the technology that I had envisaged was clinically relevant enough and could be turned into a valuable business, and I did this by conducting a lot of research. I spent 9 months knocking on the door of every surgeon that I could possibly find, to find out more about the challenges they face in clinical practice. I also wanted to acquire their honest opinions of my idea. This meticulous process of carrying out research and clinical feedback gave me enough certainty to start a business that would meet their needs.

What would you say are the top 3 skills that needed to be a successful entrepreneur? Why?

You need to be resilient with the mindset that hurdles are normal, and that it’s not the end of the world if you make mistakes. It was easier for me as both my parents were entrepreneurs, so almost every week yet another hurdle would manifest itself for them. I saw them overcome those obstacles, which made me lose the fear of things going wrong. You also need to really listen to yourself, because your intuition will tell you if things just feel right or should be a certain way. Another important skill to acquire is keeping up with the fast pace of being an entrepreneur and not being afraid of starting without having all the knowledge. You need to be able to dive in and learn as you go along – it’s okay not to know everything immediately.

What is your favourite part of being an entrepreneur?

For me, it’s watching how something I envisioned is transformed into reality, and knowing that the contribution we’ve made to healthcare has really changed people’s lives.

What individual, company or organization inspires you most? Why?

I really admire Elon Musk because of his ability to be involved and run so many diverse things at the same time. I can’t imagine running that many projects all at once.

If you had 5 minutes with the above individual/ company/organization, what would you want to ask or discuss?

Precisely that! I’d ask how he can switch his attention and have an equal amount of passion and drive simultaneously for such different things.

What would you say have been some of your mistakes, failures or lessons learned as an entrepreneur?

I think I wish I had started earlier – right after my DPhil, or even in the course of it. I wish I had been more courageous earlier. I’ve also learned the hard way to really trust my intuition, especially when hiring people. How have you funded your ideas? Oxford Heartbeat has received a lot of support by way of grants from The Royal Academy of Engineering, Innovate UK, National Institute of Health Research and SBRI Healthcare.

Are there any awards/grants/competitions you participated while at Oxford that have helped you?

During my science DPhil, I participated in the Science Innovation Plus Programme at Saïd Business School, where I attended MBA courses and took part in the Lean Launchpad course. These experiences gave me the skills and methodology to interview potential users, and were useful for when I had to approach the 34 surgeons to identify the validity of Oxford Heartbeat. I also took part in the Tata Idea Idol business competition at Saïd Business School, which was my first time on stage pitching to a panel of CEOs, VCs and other significant individuals. Joining the competition taught me how to make my idea digestible and comprehensible to varied audiences.

What is good about being an entrepreneur in Oxfordshire? Bad?

Oxford is great because there’s so much amazing talent and resources in a relatively small space. The university provides a lot of support and there’s a great community of spin-outs so everything is accessible in one little area. A disadvantage of this, however, is the lack of diversity compared to London. Oxford is more of a bubble so when I moved the company to London, I noticed a big difference.

If a new entrepreneur or startup came to you looking for entrepreneurship resources, where would you send them?

I think that there are lots of resources related to Oxford University, especially at the Saïd Business School . A programme that I found useful was a trip organised by Oxford Entrepreneurs to Silicon Valley. We visited big companies, some of which were run by Oxford alumni, which was really inspiring.

Any last words of advice?

If you have an idea, speak to potential users or customers as soon as possible and make sure you carry out a very critical evaluation of the product. Don’t be blinded by your love for the idea – stay unbiased and seek out as many different perspectives as possible.

Have you faced any challenges as a woman entrepreneur? If so, how have you overcome them?

When I was studying Computer Science in Germany, I was one of only five women out of an intake of 200 in our first year. I’m used to always being in a male-dominated field, but I wish this wasn’t the status quo. For example, there’s only one other woman engineer in my company as our line of work is a hybrid between two male dominated fields. There are definitely implications to this gender imbalance, but I try to make the best of it. It feels unusual to be a woman whenever I attend conferences and events, but this can also be positive on two levels: firstly, as one of the few female participants, it makes me and Oxford Heartbeat stand out and be more memorable. Secondly, as a woman, I bring different perspectives to the table. These manifest in our caring a lot about the design of PreSize®, which prioritises user-friendliness and intuitive functionality – neither of which is a quality that is common to many medical software products.

Do you have any advice for other women who want to be entrepreneurs?

Now is the moment for women to get into entrepreneurship and turn the business they’ve always dreamt of into reality. There’s so much support available already, and it will only intensify in the future. There’re investor funds, competitions and programmes directed specifically at women, so it’s an amazing time. Research says that women tend to struggle more with self-confidence, so they just need to believe in themselves and lean into others if needed as lots of people are happy to help.

How it helps surgeons

How we work with the NHS

How it helps surgeons

How we work with the NHS

This website uses cookies to improve your experience while you navigate through the website. Out of these cookies, the cookies that are categorized as necessary are stored on your browser as they are essential for the working of basic functionalities of the website. We also use third-party cookies that help us analyze and understand how you use this website. These cookies will be stored in your browser only with your consent. You also have the option to opt-out of these cookies. But opting out of some of these cookies may have an effect on your browsing experience.
Necessary Always Enabled
Necessary cookies are absolutely essential for the website to function properly. This category only includes cookies that ensures basic functionalities and security features of the website. These cookies do not store any personal information.
Non-necessary
Any cookies that may not be particularly necessary for the website to function and is used specifically to collect user personal data via analytics, ads, other embedded contents are termed as non-necessary cookies. It is mandatory to procure user consent prior to running these cookies on your website.
SAVE & ACCEPT